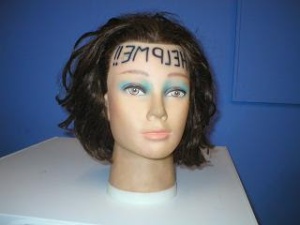 Student Finance had been advised to invest some £7,000 in my learning and “education.” The reason for this is that I am “disadvantaged” and therefore, operating from a position of resource “impoverishment”, I have les resilience to multiple, daily stresses. The problem is, why now! I have been rewarded with these enabling devices having enrolled at University, and yet, I completed my Degree without the use of a University. The four years I invested in the 8 project are beyond a PHD, so why didn’t I get these resources then. Of course, I have critiqued and addressed this issue in Making Malone, and yet, I feel it warrants a second look, having received this revelation of new equipment. Indeed, prior to this recent, May assessment, apart from a laptop, I had no idea of what provisions could be made for students with coping difficulties (i.e. a “full-time black.) It is sad, however, that I would need to “indulge” in debt, in order to get access to support which is fundamental to my very existence, and not just private study, and yet, this forms the basis for this entry.

I was identified as “gifted” in 2005, and yet, even earlier, I was streamed in the “gifted and talented programmes” and yet, these “classes” were mere tokenistic gestures, which seemed to fill quotas and tick boxes. There was no follow-up, or outcome, and so, “giftedness” was something which remains mystified, obscure and abstract, as opposed to something that would later on, have a significant impact on my own life. In other words, in not preparing for life, the precocious people previously identified, this is a gross failure, which reflects negligence and incompetence, which essentially point towards sabotage. This, however, is not the crux of the issue. The issue, as outlined, highlighted, illustrated and emphasised in Making Malone/Medical Malice is the “commercialisation” of “pathology.” Evidently, the idea of being “advanced” seems to be less recognised than the concept of “pathology.” This being so, I have been funded for being “sick”, as opposed to being “well”, which speaks volumes to what people desire in this system: sickness.

In truth, this is to be expected under this construct of domination. People in need will not be given the resources they need to function, live and operate. Instead, they will not even be informed of what “help” is available out there for them. In fact, what is likely to happen is that the vulnerable – people in need of support – will have no concept of their own needs; they will have a distorted concept of themselves. I myself fit this profile. For the longest time, I sensed I needed something but I didn’t have anyone on hand to outline what my condition was; I simply went about begging different professionals to give me answers to questions they couldn’t even formulate. They could not relate to me on the basis of brilliance but on banality, which is why we find professionals inventing all types of nonsense/spiel regarding my [non-existent] condition. If only I knew; these people, The Team (cf Russell) had no concept of non-white brilliance, I might never have turned to them, and tried to formulate answers for myself, but again, I was not informed. There will therefore be a pattern of reluctance, refusal and failure to distribute and allocate resources to the non-white people in need, because, in their eyes, there is no concept of a healthy-non-white. I must therefore conclude that there can be no JUSTICE as JUSTICE already exists; it is the justice of the Team, and as we ought to know by now, this Justice only serves them.

… Now then, to compensate for this sickness, let me go hunt some hedonistic head.

I live I die I write
View all posts by omalone1 →
This entry was posted in Sick of being black and tagged Al Snow, JOB Squad. Bookmark the permalink.