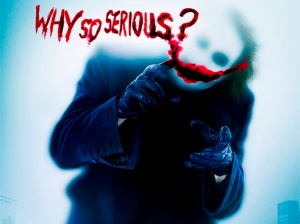 I used to live at a hostel which presumably, was for vulnerable young people. I lost the place when I got arrested however, I still see a couple of the girls from there. Recently, I learnt that one of these girls had bi-polar disorder, which really illustrated how sudden mental illnesses are, and how no-one is immune … sorry, I can’t do it. I can’t write this crap. I really can’t endorse “sentimental stupidity”, or “sympathetic silliness.” Mental illness is bunkum.

I’ve instinctively “sensed” this for much of my life. I just couldn’t buy into it. There was always a somewhat dubious quality about the whole controversy. Perhaps it’s because I was always intrigued by language; so naturally, I would be suspicious of any language constructs, which is what mental illness is: a linguistic deception. I would like to outline the fundamental tenets of my numerous essays examining this popular fiction, and yet, this being a blog, I think it would be better for me to treat you to the basic premises that underpin the challenge to “mental illness fans.”

Psychiatry/Mental Illness is a joke that people have taken seriously. Mental illness is an attempt to explain the unknown; it is a God of the Gaps. Someone is “experiencing” psychological distress, or feels themselves to be mentally disturbed, and so, after visiting their doctor, is diagnosed as “ill”/”unwell.” Firstly, how are we to measure “health?” Is a “healthy” person “normal?” When we are young, do we not mostly ask “what is normal?” It is what the majority is perceived to consistently be doing, but what does this mean?

It means nothing and can not mean anything. Even if there were a “universal average” derived from the common people, what would be the significance of this finding? What would be the justification for “extrapolating” this amazing revelation? There still would be no meaning to this approach. It does not follow. Even if you find a standard, there is nothing demanding individuals conform to the standard… What do I mean…? I mean that psychiatry is a joke, meaning: mental illness is bunk!

I live I die I write
View all posts by omalone1 →
This entry was posted in Competent Commentaries and tagged Games People Play, Pseudo Social Sciences, THe Great Deceit, The Myth Of Mental Illness, Zygmund Dobbs. Bookmark the permalink.